Internships are a smart way to get ahead of the game before earning your degree. They give you hands-on experience, look great on resumes, and give you a taste of the “real world”. At Grizzly Sales Force, we offer internships to motivated, hardworking individuals looking to get their feet wet in the business industry. See what it’s like interning with our company as our current interns share their experiences!

My experience as an intern at Grizzly Sales Force has been a great one. I’ve had the opportunity to learn through hands-on involvement in a positive work environment. I’ve even learned life lessons on how to apply a more positive attitude and be solution oriented. The CEO/President, Mike Figueroa, has been an amazing role model as a hardworking, family-oriented man who always motivates me to be better and work harder.

Working at grizzly sales force is one of the best opportunities I have ever had. I work 3 days a week bringing home $800-$1000 checks. I get to conduct interviews with potential candidates. This job prepares me for a lot of professional speaking, which I was never good at doing. I am also learning how to be better with responsibilities for both life and career. Also, my communication skills with people have escalated due to servicing customers’ wants and needs.

My experience with Grizzly Sales Force has been nothing short of great, from the hard work and growth to the team nights and bonding. Since I’ve been with Grizzly Sales Force, I have tapped into the potential I always knew I had, but I was just unsure how to bring it out. I look forward to the continued growth and fun times that await with the company that I am proud to say I am apart of.

For more information on the careers and internships that Grizzly Sales Force offers, please visit our website or check out our CareerBuilder profile! 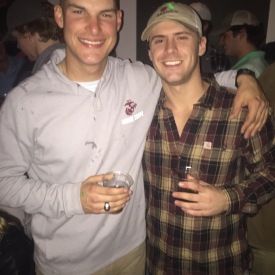 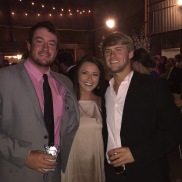 Individuals from all backgrounds, college degrees, and work experiences can excel in a career at Grizzly Sales Force. Account Manager Wil Skelton is a prime example of this. Though he is a newer addition to our team, Wil has quickly made a name for himself in our company.

Describing himself as a “Mama’s Boy”, Wil grew up in Greenville, Mississippi as an only child. He has always been heavily involved in sports and loves being a part of a team environment. When Wil was younger, he mostly played basketball, baseball, and soccer. During high school, Will added track, football, and golf to that list. Helping his football team win the state championship in 2011 and his track team win it the following year, it is evident that Wil plays to win.

After high school, Wil attended Ole Miss as a Criminal Justice major but later transferred to Mississippi State University. Following in his father’s footsteps, Wil changed his major to Mechanical Engineering, but he soon encountered the financial hardships that come with pursuing higher education. Wil decided that he would rather work hard for the money rather than to have it borrowed or given to him; he was determined to prove to others that he was capable of supporting himself.

Wil applied to many different companies online, including Grizzly Sales Force. He received a call from our Human Resources Department and was offered the opportunity to interview here. He was open to moving out of Greenville, so he pursued the open position at Grizzly Sales Force in Memphis, TN. Wil enjoyed his preliminary interview with our CEO, Mike Figueroa, Jr, and how Mike explained the opportunity: you get out exactly what you put in. Even though Wil had zero sales, customer service, or business experience, he proved to our management team at Grizzly Sales Force that he was willing to step outside his comfort zone, and he was determined to be his own boss and control his own destiny.

In just one month of working at Grizzly Sales Force, Wil is rapidly advancing within our firm’s Management Training Program. He was promoted from our entry-level position into an Account Management role within 2 weeks of starting here! Wil is currently learning the training process and is excited to start to move into a leadership role, where he will be teaching and developing others. When asked what he loves most about working with Grizzly Sales Force, Wil answered, “I love the work environment and the support from our team. It is impossible to have a bad day when everyone is so motivated and willing to help you succeed.”

Why did Wil choose a career that was unrelated to his field of study? He liked that the advancement is based on performance; the harder you work, the quicker you move up. Wil wants to leave behind an empire, make an impression on others, and create a “chain reaction” of opportunity. The biggest lesson he has learned while working at Grizzly Sales Force to never lose your attitude. It is important to keep your energy level up because customers aren’t going to want to talk to you if you’re negative!

In his spare time, Wil enjoys playing sports-related video games, such NBA 2K and Madden. He also likes to play golf when the weather is nice. What you may not know about Wil is that he enjoys listening to Taylor Swift when he needs a good pick-me-up song! His greatest mentor is his Grandfather, describing him as responsible and good with money. “He’s the type of person I want to be,” says Wil.

Grizzly Sales Force is incredibly proud to have Wil on its team. Finding an individual that has a tenacious work ethic and is willing to do whatever it takes to be successful can be rare, but we easily find this in Wil. We will leave you with one of Wil’s favorite quotes by Kobe Bryant:

Those time when you get up early… those times when you stay up late… when you’re too tired… you don’t want to push yourself, but you do it anyway. That is actually the dream.